Colorado Succeeds sits down for a conversation with Mark Tapy, Apprenticeship Program Manager with Pinnacol Assurance, to learn more about how work-based learning can benefit business.

Colorado Succeeds: Thank you for sitting down with us Mark. We are really excited to learn more about what you brought you to Pinnacol Assurance to manage high school apprentices. You’re originally from Colorado, is that right?

Mark Tapy: I am, I certainly am. Born and raised. I grew up in Park Hill and still live in Park Hill. I went through Denver Public Schools for most of my educational career. For middle school, I actually went to Stanley British Primary, which is near Pinnacol. Definitely a proud East High Grad. I’ve been very inspired by the mentors, and the various people that I came across in my community when I was growing up. So it’s sort of always been my motivation to play that type of role for my community.

CS: Can you tell us a little more about your career and how you’ve come into a position where you are able to give back?

MT: I’ve had a very eclectic career actually. So I graduated with a major in sociology and a major in biology, and went from college into oil and gas. It was good for me in my early twenties, but I also realized there wasn’t the fidelity to the kind of purpose that I really wanted. And so, in 2010, I thought I’d really like to get into education. I’ve always had a drive for that.

Through a connection, I went into the youth work force development sphere; and in that role I ended up running youth mentoring programming through Goodwill Industries. I worked at about thirteen different schools around the city.

CS: Then you made your move about 2 years ago?

MT: Yes, the same friend that recommended me for Goodwill had moved to Pinnacol, and she saw the opportunity for launching the apprenticeship program, and said, “listen, we have this program that’s popping up here at Pinnacol. You’d be perfect for it.” When I looked at it, I thought “wow, that lines up very nicely with what I’ve been doing the last seven years.”

So, I was hired in January 2017, they hired one other staff person that’s still working with me, and then we set sail at Pinnacol.

CS: That is interesting, so you’ve kind of taken on an entrepreneurial role within the company?

MT: Exactly. It was like we kind of had a start-up inside of an established company.

It’s been really fascinating you know. On some fronts, there are established protocols, but we’ve really taken an outline for the apprenticeship and have had to establish a program with best practices and protocols.

CS: Can you tell us what it has been like to kind of translate what the business is doing and how the program fits into that?

MT: We’re the bridge between high school and the professional world. And so that means we have to interface with external stakeholders on the school side, making sure that all of the apprentices are set up the way they need to. But we also have to really sell this vision, and this philosophy internally, and forge the placements and pathway and training design for all of our apprenticeships as well.

CS: So how do you convince people that this is worthwhile?  Talking about ROI of the apprenticeship program. Two years later, is that enough time to start to see some of that?

MT: Yes and no. There are two tiers of ROI that pay out in this project. And this is based on the swiss model too- one school of thought is that you have apprentices for three years. The first year, you’re training them, getting them exposure to how your company operates. Then after that, an inflection point takes place, where they’ve gotten the training, they’ve gotten the exposure, they’re actually able to contribute; they’re then providing outcomes and outputs at a lower cost- if you will- than a full-time staff member would be. They’re also freeing up our full-time staff to focus on more technical aspects of their role. So, we’re expanding bandwidth in a cost-effective way.

One of my big success stories: at the start of the year, one of our teams had a staff member resign, and they came straight to me, and instead of looking for a temporary hire, or like a short-term back-fill, they said, “Hey, we really think that an apprentice could handle some of the key responsibilities of this role, do you have an apprentice that’s available? If so, could we partner and leverage the apprentice in this way?” And so, what we’ve been able to do, is alleviate a back-fill, and kind of consolidate a role, leveraging an apprentice.

Long term, as we’re able to hire the apprentices into our entry-level positions within the company, now you’re talking about eliminating recruiting fees and cutting the training costs that we would have been paying. We’re also talking about productivity that’s higher than the average staff person that we would have just hired off the street, because our apprentices have already been trained and indoctrinated in our culture, and in our operations. They’re able to, seamlessly, just roll into these positions because they’ve been understudying for that role.

MT: At scale, ideally, you have an industry cluster with multiple insurance companies doing this type of program. As an apprentice leaves Pinnacol, they might go to a competitor or vice versa, and it’s kind of like the rising tide that raises all ships.

CS: This is really great Mark, but what would you say to someone who, you told them about the apprenticeship program, and they were just like “Oh, you guys are special, and that would never work for us.”

MT: For as many businesses as there are out there, there are as many different designs to make this work. And I think, ultimately, what this is about, is finding how can you design this in a way that makes sense for you. Because there truly is a lot of agency. So yes, it could be daunting, it can be intimidating, but you don’t have to go head first into the deep end. You can work your way into the process and find success and build momentum in a way that works for you.

CS: So what is the long-game? In 20 years have we fixed all of the problems, what does the world of work look like?

MT: Ha, twenty years from now – it’s so interesting. If I’m going way out on a limb, I could see us, potentially, not having offices, or having a very small office. I think a lot of our staff work remotely, I think they’re using technology for meetings. I think a lot of AI and automation comes into the fold.

But I hope Pinnacol is not even newsworthy, from an apprenticeship stand point, because it’s the same as like, “Oh wow, we have an HR department.”

MT: “Cool, so does everybody.” You know what I mean? And that’s, I think that’s kind of the goal, is that there is, there is that merger between education and the workforce, and it is much more connected, and much more seamless.

CS: Thank you for sharing with us Mark, we’ve learned a lot today.

MT: Definitely. I get really excited about how this is developing and has the ability to continue to push Colorado forward. 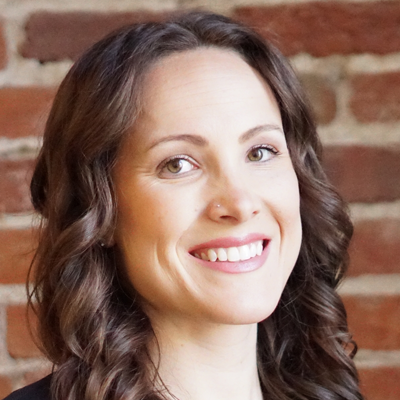 Calling all Employers and Learning Providers: Apply for the $5M Prize Pool for Workforce Development Solutions