Can education leaders in America use a Moneyball approach to help every school continuously improve, especially those in low-income districts?

I’m referring to the statistical wizardry in Michael Lewis’ best-selling book that explained how a Major League Baseball team with less money for talent than others could compete better by analyzing data in new ways.

In public education, that means, among other things, engaging a business mindset and metrics to focus local efforts on initiatives that are generating better outcomes for students.

How? Instead of a monetary return on spending, gauge the gains in student learning, the skills acquired, the credentials earned, and the students graduating high school well-prepared for their next step.

Yes, this means some testing, which is key to understanding the gaps in performance. And it also means creating a balance that leaves room for creativity, play and relevant group projects, which are critical to the development of innovative thinking and the ability to work on teams. 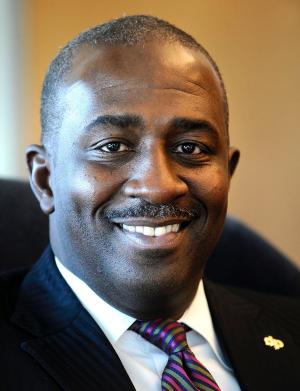 But, ultimately, education must set up all kids for an equal chance for success — something that’s sorely lacking in many neighborhoods.

This came up as a topic of conversation recently for me with Greg Moore, the former editor of The Denver Post. He grew up in segregated Cleveland, on the poorer east side, with a father who had a second-grade education. He was the first in his family to attend college, an elite, mostly white school, no less. His voice resonates deeply, literally and figuratively, in communities black, white and brown, rich, middle-class and poor, in a way few others can match.

This piece originally appeared in MarketWatch. Click here to read the entire piece.

Community of Practice on Work-Based Learning