It may be hard to believe, but until now, school districts in Colorado have never been required under law to publicly report detailed financial information at the school level.

On July 1, an attractive, easy-to-navigate website that provides detailed information about school finances went live, providing Coloradans with information of unprecedented quality and quantity about how their tax dollars are spent on education.

Colorado Succeeds played a significant role in passing the 2014 Student Success Act; which requires school-level financial transparency . Our goal was to ensure taxpayers, families, and school leaders have the tools they need to critically evaluate return on investment. We are pleased that the Financial Transparency for Colorado Schools website, managed by the Colorado Department of Education, does a generally good job of fulfilling that requirement.

As we have examined the website, however, we have found some limitations in the data and how it’s currently presented, undermining its usefulness and, we believe, undercutting the intent of the law.

Before we delve into the areas of improvement, let’s pause for a moment to celebrate the fact of its existence.

Until the 2014 law passed with bipartisan support, financial information was lumped together at the district level in ways that made it impossible to gain a clear picture of where dollars actually went, and hid valuable information about which investments were providing the biggest bang for the buck.

Under the Student Success Act, all district-run schools and public charter schools in Colorado must report financial and human resource information to the state using a standard “chart of accounts.” In theory, this helps ensure that “comparable data by program and school site” appears on the financial transparency website.

This requires that financial data on the state site include expenditures from every “major category” (ex: athletics, transportation) specified in the chart of accounts, and must drill down to the school level. The information on the state website must be “in a format that is readable by a layperson.” 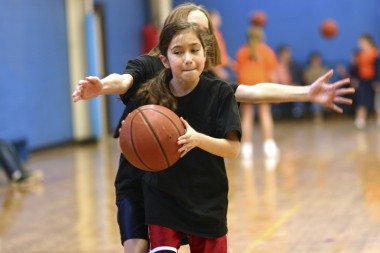 All of this is significant because if properly presented, it allows families and community members to make apples-to-apples comparison of schools within districts and among districts.

The potential benefits to parents, communities, and taxpayers are significant, helping to measure their return on investment and target additional resources toward programs that are proving successful.

In its first iteration, the website interface is user-friendly, easy to navigate, and includes a helpful sorting function so that visitors can compare up to four schools at one time. It includes salary and benefit expenditures by job category, shedding light on important costs associated with school personnel.

But this first version of the site contains areas that limit its usefulness and reduce the likelihood of it serving as a template that could be replicated elsewhere.

First, despite the requirement that spending in every major category must be reported at the school level, some districts have chosen not to assign expenditures for categories such as transportation, athletics, centralized services, and food service operations to their individual schools.

A second, related issue is that because certain school districts decided to account for some expenditures only at the centralized level, district per-pupil spending figures are much higher than those figures for individual schools. This could easily confuse Coloradans using the website.

Third, even within districts, individual school reporting is inconsistent. This again creates confusion and distorts true spending levels and allocation.

Finally, the site has no data on school performance. While not a requirement, CDE missed a golden opportunity here to link district and school performance data to financial transparency information. That linkage could produce helpful revelations about how performance and spending do or don’t relate to one another. What’s more, there are districts and schools statewide that are seeing tremendous results while operating with less. We should be able to identify those outliers and share the secrets to their success widely.

We look forward to working with CDE to get these improvements in place in a timely fashion. A new Legislative Interim Committee on School Finance recently began meeting to take a fresh look at Colorado’s arcane and confusing school funding system.

A truly robust and consistent financial transparency website would be a useful tool as the committee immerses itself in this complex task.

What you need to know: School Finance Committee work