While it might seem common sense that all public school students should have access to equitable funding, regardless of governance structure, the legislation was in limbo until the session’s waning hours.

With the legislative session about to wrap up for the year, Hill said he returned home “dejected, thinking we had lost another opportunity to equalize funding for charters.”

Hill lauded Pettersen for her efforts to get the bill through the House.

“Brittany really picked it up, said there is something to be made here, there is a compromise to be had,” Hill said. “It was a fun opportunity to see both sides come together: Not just Republicans and Democrats, but the Senate and House.” 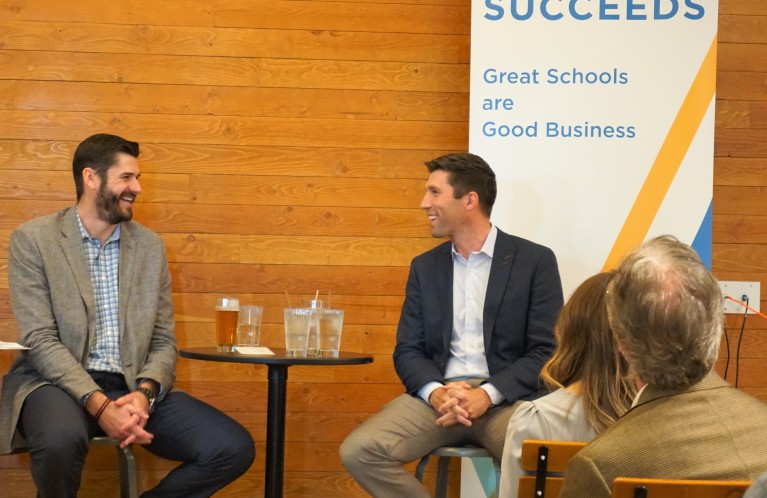 Pettersen shed light on how she built support within her caucus.

“Regardless of where a student goes to school they should be treated the same,” Pettersen said. “And if high-needs students … cost more to educate, then charters as well as district-run schools should receive the extras funds they need to serve them effectively,” she said.

“I am incredibly proud of work we did. It was an emotional rollercoaster to say the least,” Pettersen said.

But it wasn’t just the equitable charter funding legislation that marked this session as such a successful one. In fact, ten of the 11 bills Colorado Succeeds actively supported are set to become law. As a result, students, educators, and taxpayers will see numerous benefits, as outlined in this handy one-sheeter.

Yet, a systemic, underlying problem with Colorado education funding will have to be addressed if the legislature hopes to do more than “put a Band-Aid on the problem,” Pettersen said.

If the state can’t cut and voters won’t boost funding, what do you do? “That’s the conundrum we face in Colorado right now,” Hill said. “It is time to put some new thinking and some new energy to this idea and really think outside the box.”

Hill was instrumental in creating a legislative interim committee that will spend two years working to come up with innovative solutions to the state’s seemingly intractable school funding morass. Like Sen. Hill, Colorado Succeeds favors an approach that funds kids, not systems. 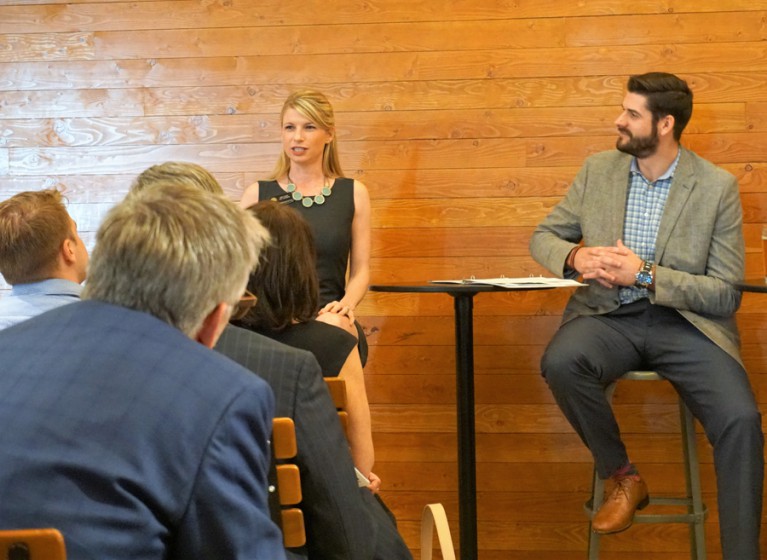 Both Rep. Pettersen and Sen. Hill provided final words of wisdom about how to drive positive change in the legislature and ensure the policies we pass put students first.

“A difficulty with education is that it’s such a complicated policy area,” Pettersen said. “It is frustrating with the misinformation out there. That’s why we all do our jobs and try to hold people accountable for what they’re saying and also reminding people what we’re doing and why it matters.”

“Good ideas can take a while to germinate, blossom,” Hill added. “Those who oppose positive changes can come around and realize that they were on wrong side of an issue and it isn’t worth the fight. The right thing to do becomes clear over time.”