Concerted efforts from the fringes of both major political parties to derail the Common Core State Standards and throttle back state testing of public school students could ultimately pose a threat to the nation’s position in the world economy.

That was one of several messages delivered by former Michigan Governor John Engler and Colorado Governor John Hickenlooper during an Oct. 21 Colorado Succeeds/Colorado Business Roundtable luncheon. Engler, now president of the U.S. Business Roundtable, urged business leaders to play a lead role in beating back the challenge to higher standards and more rigorous tests.

When the new Colorado Measures of Academic Success (CMAS) test results are released later this fall, Engler said, everyone needs to be braced for a dip in scores and not allow backlash to derail progress.

In Kentucky, which adopted new standards in 2010, an initial test score dip showed just 34 percent of high school seniors were college or career ready, Engler said. This caused consternation and backlash. But this year, Engler said, 67 percent of seniors met the college and career ready benchmark.

“We need to have high standards in place and the state along with local school districts working to make sure our students are mastering these critical subjects. It’s pretty straightforward, in my mind,” Engler said.

Hickenlooper, fresh off a plane after two weeks in Asia and the Middle East, said the trip opened his eyes to the ferocity of global competition. 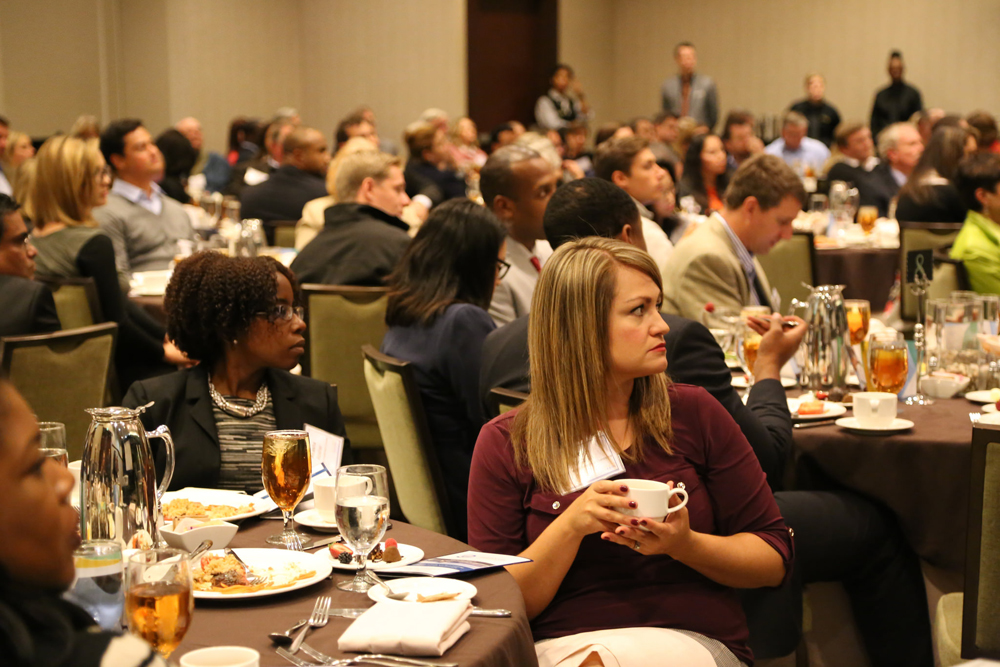 “What Governor Engler said is right. They are coming,” Hickenlooper said, referring to ambitious governments and workers from around the globe. “They are taking every good idea we ever had, and they have a sense of urgency and are coming after our economic leadership.

“We are past the point of trying nibble around the edges. And if it’s not going be the business community coming in and supporting higher standards and sticking up for us when we hit some bumps (like temporarily lower test scores), then who is?”

At the luncheon, Colorado Succeeds distributed a letter titled “Stay the Course Colorado,” urging Colorado leaders to “stand tall, keep calm, and stay the course” when the inevitable test score backlash occurs. People were asked to text message their names in to be added to the letter.

Engler also took aim at families who opt their children out of standardized tests, as well as the politicians who cheer them on. “We have taken a position aligned with Colorado Succeeds: [Opting out] is really the wrong approach,” Engler said. “Men and women who head the companies where I’ve worked, they measure all the time. It’s about accountability. It’s also about quality. It’s how we get better.”

Given the high percentage of Colorado high school graduates who need to take remedial courses at their own expense before enrolling in college-level classes, Engler said, parents should want to know whether their children are being well served by their schools. 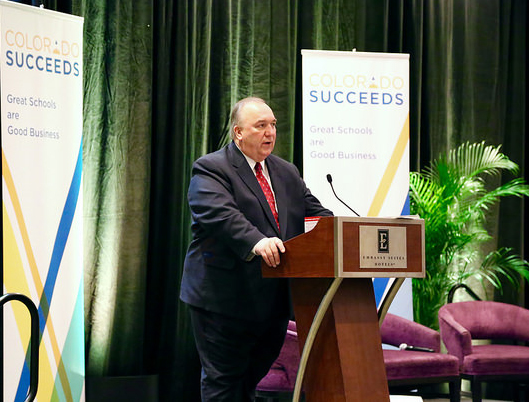 “Assessments help parents know when their child is ready for the next step. If there’s a gap, where is that gap? No parent would willingly send their child off to college without proper preparation, and subject them to a risk of remedial education or even of dropping out.”

The two governors also put in plugs for career and technical education (CTE), as well as curriculum focused on the STEM (science, technology, engineering, and math) areas.

Multiple pathways to post-secondary success are essential, Engler said. “You’ve got to create more options out there,” he said. “In no way is CTE the dummy track, ‘the smart kids go to college and the rest of you are over here.’ Today, some of these jobs are very high paying, and they don’t require a four-year college degree.”

Meanwhile, the STEM fields have to figure out a way to become more open to women and minorities, Hickenlooper said. Women typically haven’t pursued jobs in the trades. As a result there are few women electricians, plumbers, HVAC mechanics, and mechanical engineers, he said. And racial disparities in those fields, he said “are half again as high.”

“I can’t believe that if we let more women and kids of color see what these jobs offer them in terms of a life choice and they are somewhat encouraged to pursue them, they wouldn’t jump at the chance,” Hickenlooper said.

Full Circle: The Story of Two Families and The Succeeds Prize